The Williams Bros Racing team is currently eleven members strong with Nic; Dan; Keith; Lorne; Colin; James; Gary; Guy; Spencer; Steve and George Each of them have an incredible passion for racing.
The team are extremely proud to have participated in races across the UK, Sweden and America where they have ran in the infamous NHRA U.S. Nationals, Indianapolis.
Of course, it was inevitable that racing would be on the cards for the Williams’ brothers.

But where did it all start?

The team began racing in 2010 with Dan in his ’69 Chevy Nova, the car he still races today, and Nic in his ’32 Coupe.
From 2011-2012, Nic raced his freshly built ’64 Falcon. In the 2013 off-season, Nic followed Dan down the stock bodied route when he purchased an all-original ’69 Camaro, which they then built into a Stock Eliminator race car, the car he still races today.
Colin Theobald joined the team in 2014 with his ’69 Camaro ‘Bruce’. The William’s Bros. Speed Shop continued to develop with Colin and now features a WBR 454 Street Strip engine. He’s now proudly racing a 10-second car.
James ‘Ollie’ Oliver joined the race team in 2015 with his Pontiac Firebird. The Firebird is a William’s Bros. Speed Shop build, shown by their signature wheel stand. Jame’s son, George now also races a Junior Dragster under the WBR banner with a successful first season in 2020. The team have high-hopes for George!
In 2018, Guy King joined the team with his Chevelles, racing in sanctioned events across the UK. ‘The King’ is currently having a brand new ’70 Chevelle NHRA stock legal race car built by the William’s Bros. Speed Shop team.
Williams Bros Racing wouldn’t be complete without their crew team members, Lorne Denny and Dad, Keith who support the team on and off the track.
The team race a variety of their very own work and take absolute pride in the vehicles they are proud to race in sanctioned and non-sanctioned events. They have most certainly turned plenty of heads with their impressive creations over the years, including Nic and Dan’s Hot Rods and a 1955 Chevy, making a recent debut that both Nic and Keith have raced in Pro ET and Gasser Circus. 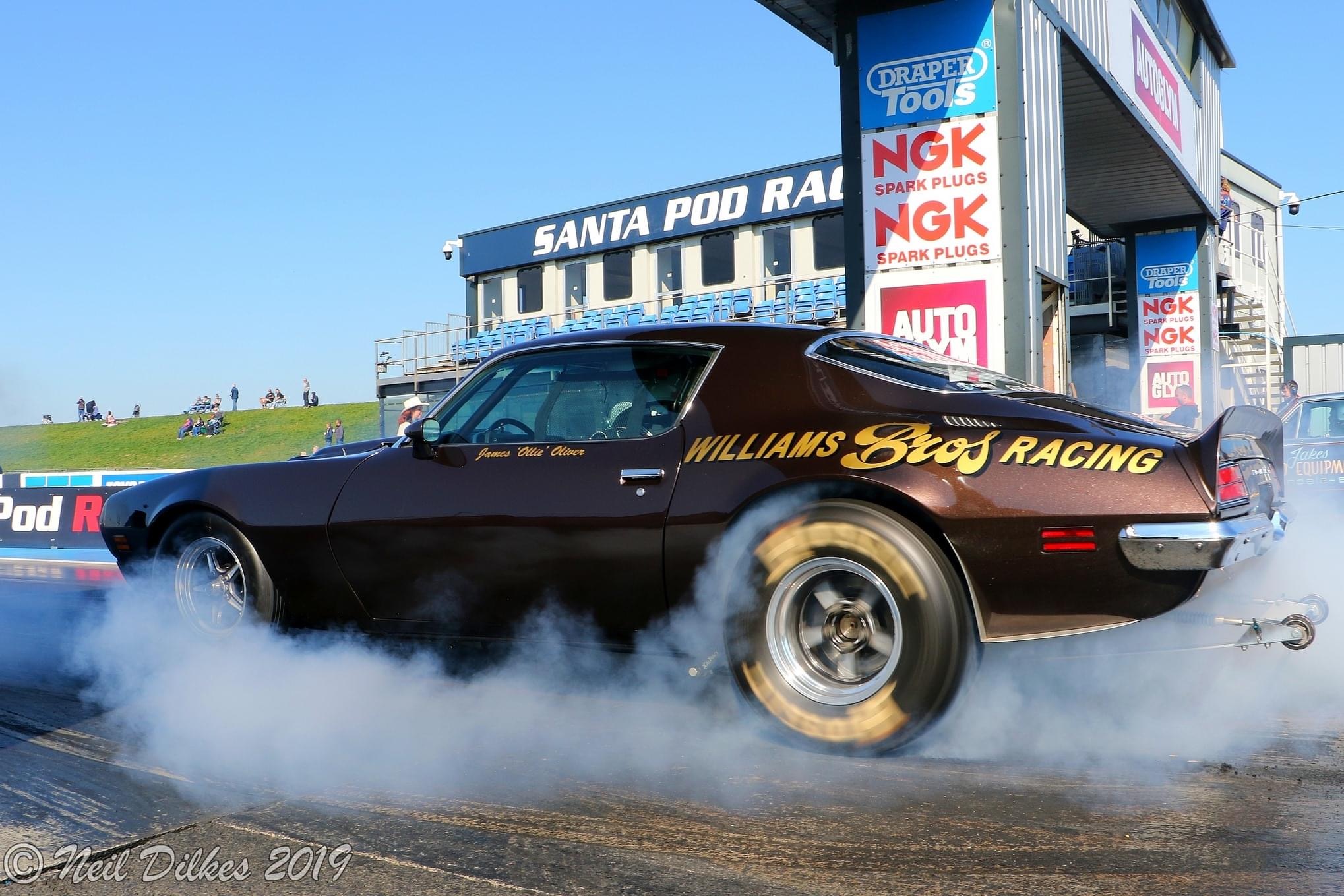 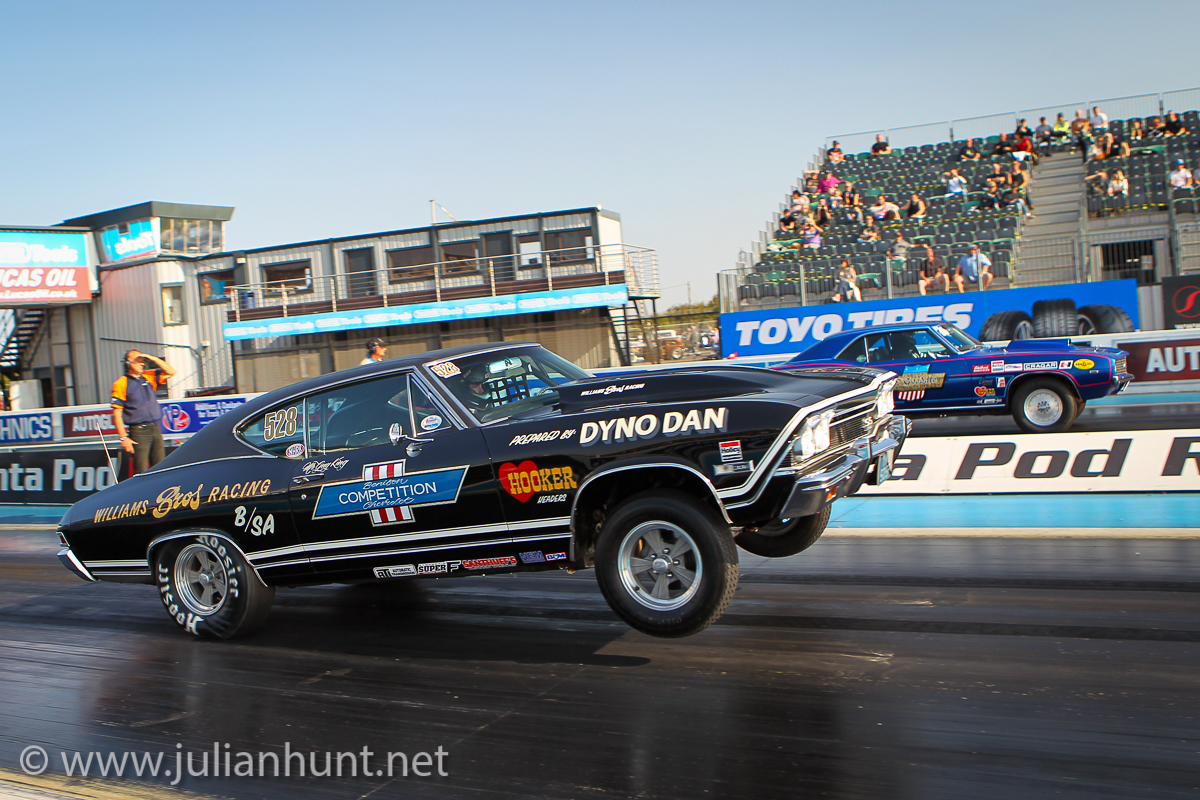 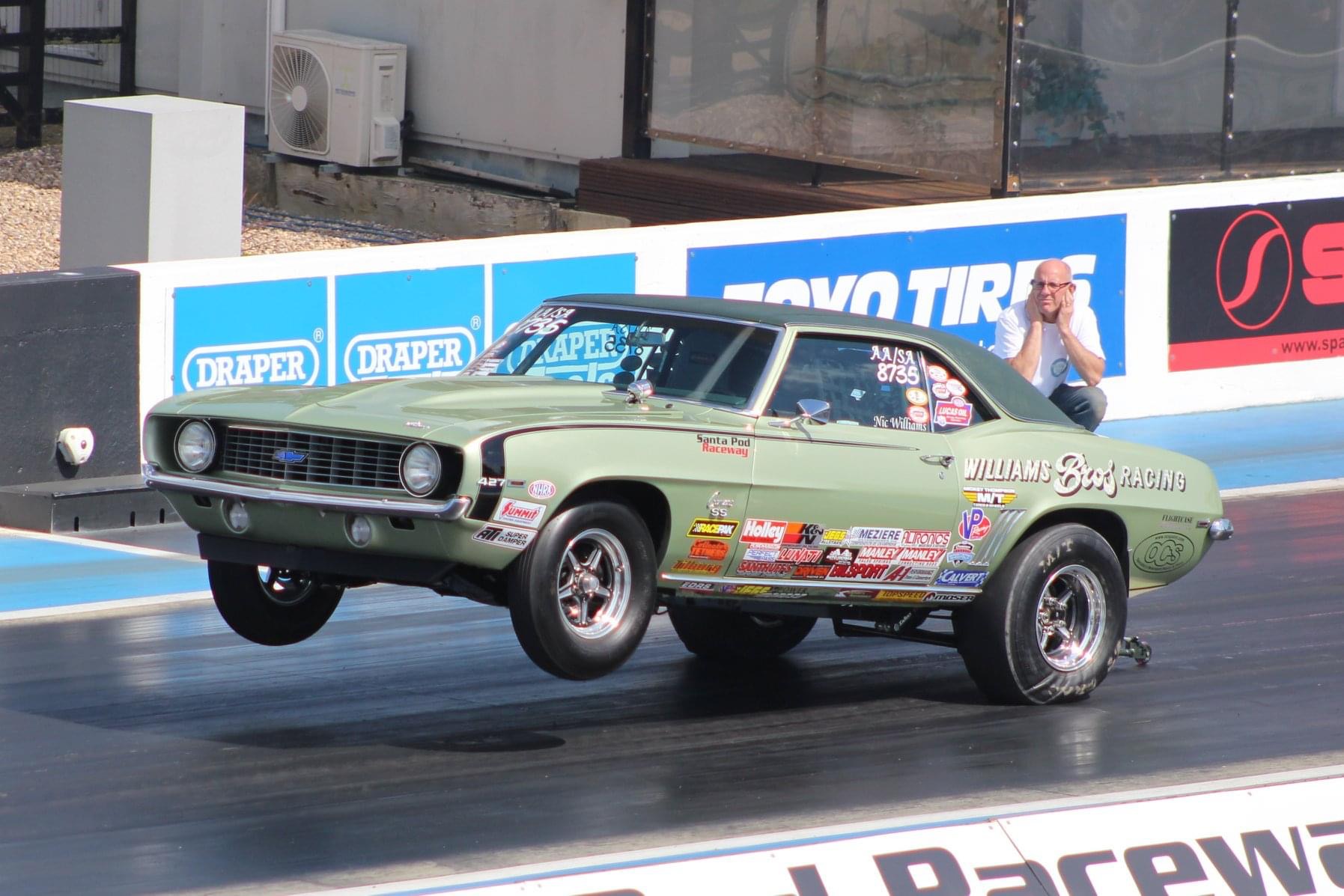 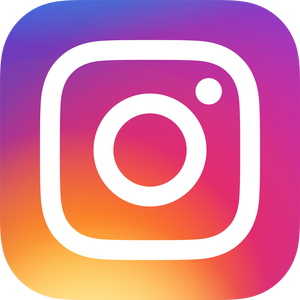